An enterprise specialty beverage producer wanted to understand the relative impact and effectiveness of their pricing and promotional strategy with their Whole and Independent Retailer distribution channels. The CPG company believed that seasonal promotions to larger customers had a negative impact on sales to smaller, Independent customers because these customers were purchasing product from the Wholesale customers. The beverage producer would rather have the Independent customers, mostly made up of mom-and-pop convenience stores, purchase directly from them instead of having their bottom line cannibalized by the low-cost, high-volume deals in place with Wholesalers. Having good relationships in place with Wholesale customers is high priority due to the sheer volume of business they do with the CPG firm.

The main business question the CPG company wished to answer was:

What is the overall estimated impact of the Wholesaler promotional program on Independent volume?

Mosaic Data Science, a leading CPG advanced analytics consulting company, was brought into this project to provide expertise in analyzing the firm’s data, answering the business questions, and developing actionable recommendations to management.

Mosaic’s analytics consulting experts performed an EDA with an eye towards getting a sense of the general health of the Independent market and identifying and showing any big-box promotional effects visually. Some of the more interesting charts are shown below.

In the above chart one can see how substantially promotions affect Wholesaler volume. Overall the weekly order volume spike to more than 6 times higher during promotion weeks versus non-promotion weeks. The impact on the independent channel is not so clear. At first glance, especially from the first promotion at the end of 2014, it appears that there is a strong negative effect on volume, especially if that is what you are looking for. However, upon a more objective viewing, the effect is not consistent and for all other promotions is smaller than the typical week-to-week variation.

Mosaic’s data science team analyzed external market data to determine that the convenience store market generally was healthy. Store counts and total sales volumes in the market of interest were steady or increasing during this time period. This analysis made clear that the decline in Independent channel sales for the beverage producer was not being driven by an overall market decline.

Mosaic needed a baseline for comparison and a way to control for factors that affected the volume, including week-to-week variation, overall trend, market changes and seasonality. The data science team came up with two ways to approach the problem.

To quantify the short-term effects of wholesale promotions the data scientists represented the sales volume of high and low value segments before, during, and after a promotion as a percent change from the month prior to the promotion. In this way, they could directly compare the impacts of promotions on high- and low-volume sales despite the wide difference in overall volumes. If high- and low-volume stores were impacted similarly by wholesale promotions then the percent changes before, during, and after the promotions would align.

The chart above shows each channel’s average percent change from the month prior to promotion. Relatively, low value volume decreases much more in the 1-2 weeks following the promotion. Results of this analysis were:

To quantify the long-term effects of nearby wholesale stores, the team identified 10 wholesale stores that first started carrying the CPG firm’s products in December of 2014. The team would analyze the before and after behavior of nearby Independent accounts. The data scientists looked at the direct sales volume to nearby Independent stores before and after these Wholesaler locations opened and compared this with the volume of Independent stores near pre-existing Wholesale locations over the same time period. The team’s conclusions were that:

Initially the strongly held belief was that the wholesale promotions were leading to lost revenue from Independent customers and that the discount program to Wholesalers should be either removed or scaled down in some way. The analysis uncovered some opposing conclusions. The final recommendations to the beverage producer were:

An analysis of the data showed that the program should be continued, and that the CPG company should continue to acquire high value customers from the low value group and keep customers in their high value program. Without specific data-driven recommendations, and CPG advanced analytics, the firm could have implemented a misguided business strategy resulting in further cannibalized sales. 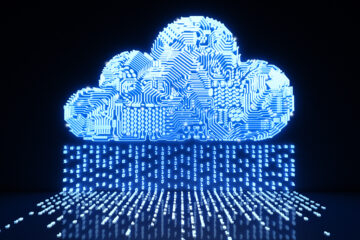